Keep to the Program When Campaigning 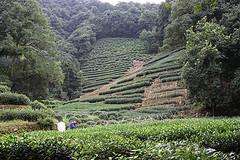 In order not to mislead it would be a good idea to explain everything clearly. Few candidates would do you a selection process, with only 03 candidates (I do not mean the short list that is after selecting the curriculum of hundreds of people). Not only three are presented to the notice of selection. I’ve seen teams, that lack of time, it was decided among 02 applicants (who are taking and the new you want to enter). Why these things happen? Is essentially management problems from the “head.” They say that children are a reflection of what is living at home. For staff behave according to “culture” that prevails in the organization. Go novelty.

This is reflected in many fields, but especially when someone is “leave the boat.” The last to leave, turn out the light When working the day to day “putting out fires”, “remaking the others have just left,” “not knowing where you are going.” The results will be sooner than you think. In a world where improvisation and “I’ll arrange it, just takes time and deteriorated the quality of work you get. A selection process is not a game. If you mess up, you will create many problems for the company. I speak not of numerical cost (in money), but also emotional. Contractor to any.

A human resources manager once told me: “Look friend (I know, but it was his friend). What we need here is not much, just someone who has a head, two arms and two legs, is enough … “The fact that we are talking about the job was related to the area of finance and the vacancy was for CFO . What is not told them is that the Human Resources Manager, was also the Marketing Manager, Production Manager, etc. An “old fox” who had built his company has based a lot a lot of effort. Having had to learn in the field. He would not allow third parties to destroy their “work”, so to “all.” Just decided hire someone else, then … “health.” One is not iron. I call it a heart attack to change or rather to “tweak some things.” Looked out something called “delegation insipid.” To conclude the selection process is a choice. If you have no choice because the elements do not choose. Do not feel pressured. The life of your company can go overboard if you hire a person from the beginning is not convinced.