The Consumption Of Dog Meat 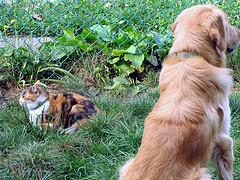 True wisdom is to recognize one’s own ignorance. Seneca The friend of man, faithful to him, who cares, the keeper of her home, she passed happy moments with your love, care, play, unfortunately is betrayed by the same man, who kills him, to eat their meat according to taste and custom of each country. It is sad but true knowledge, as we are reminded, which today are eating and / or dog meat markets in Japan, Cambodia, Laos, Taiwan, and eastern regions of the former Union Soviet. Also in Indonesia and Burma. In all these places, however, is a distinctly minority practice undertaken by social minorities or indigenous groups. However, the trade in dog meat is more common (though still minority) in China, the Philippines, Vietnam, North Korea and South Korea. At a midpoint between the two groups of countries would be above India and Thailand, where the practice of eating dogs is common only in some regions. Animal People in Asia are estimated to kill between 13 and 16 million dogs and cats 4 million annually.

All for human consumption. Dogs are also killed for meat in Angola, Cameroon, Lagos, Nigeria. In these African countries is associated with the consumption of dog meat social strata with limited economic resources. It would be wrong to think that the idea of eating dog or cat meat for human beings reflects a socio-cultural status less evolved. Just ten years ago some cat meat products were marketed in some countries of Eastern Europe.